Imagine this scenario - a group of three would-be thieves enter a car dealer's lot. There's no one in sight and the office is closed, as the trio approaches the first row of cars, having cased the lot the day before. Suddenly, the speaker, overhead, comes to life. A thundering voice announces that the lot is now closed but is under video surveillance and asks visitors to return during regular business hours. The first thing that happens is that the individuals look up to where the voice is coming from, allowing the well-positioned camera to capture a good video clip of their face. The second thing the video captures is the three would-be thieves running off the lot.

Mission accomplished: Criminal activity is deterred before it ever occurs.

This new technology, called the 'Audio Deterrent' (Voice of God), is an extremely effective way to supplement video surveillance in businesses such as car lots, warehouses and other large open area businesses, who are victim to perpetrators who rely on after business hours to commit their crimes. Motion detection is set up from a single or multiple cameras that triggers the audio recording to play over a strategically placed speaker during a set schedule ( i.e.,when the business is closed).

Ben Bell, Sales Application Engineer at ITech Digital, recommends the 'Audio Deterrent' technology as a cost-effective alternative (less than $20 per month) to similar services offered by security monitoring companies that charge between $150 - $225 per month. "If a customer already has an existing PA (powered amplifier) system, we simply run an audio cable out to the PA console. If there is no existing PA system, a simple PA and speaker system can be provided. The system can also send an email with a picture alert to management if the system is triggered", says Bell.

If your business could benefit from the 'Audio Deterrent', contact your representative at ITech Digital. We will do a free analysis of your existing system and present recommendations to make your business more secure. 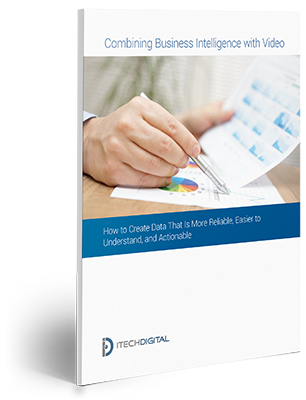 Keeping Unique Students Secure: The Indianapolis Lighthouse Charter Schools
The Power of the Maxxess Access Control Solution
Back to the blog